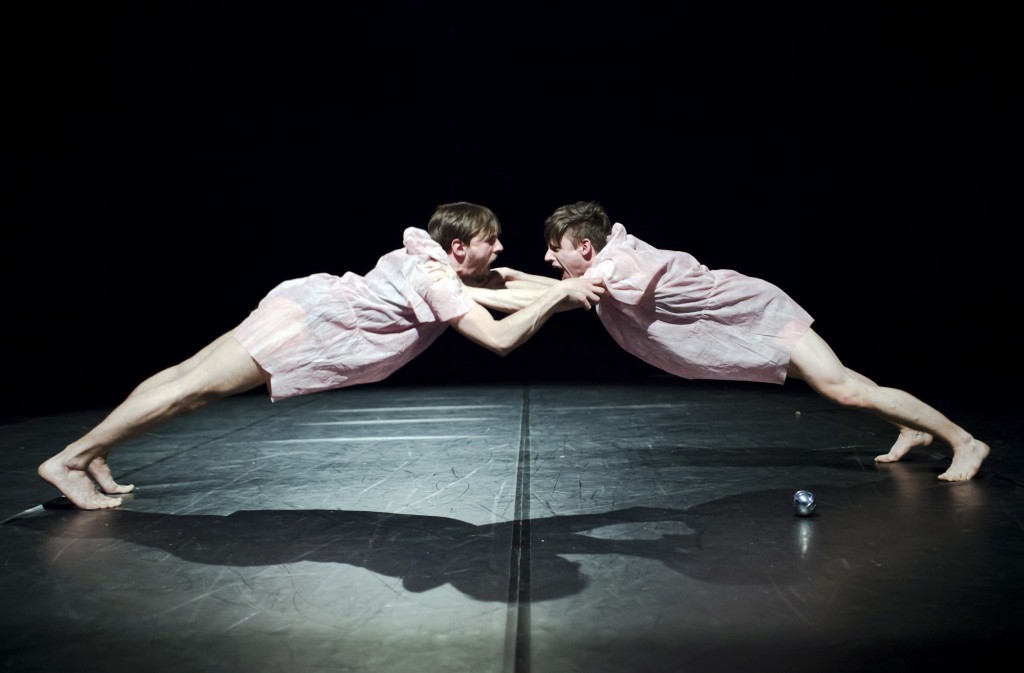 “A duet about inner instability, bodily hope and sound reoccurrence.”

Analog Voids is an unstable duet for two bodies and their voices. The voices are captured by a vintage REVOX tape recorder and looped unevenly: with each round of the tape, the original sounds are distorted a little more, drifting further away from their original sonic environment. The work is inspired by Alvin Lucier’s experiments with analog sound recording, medieval religious psalms and personal episodes of mental instability.

Two men inhabit a place of vacuity, an unsteady system. Along the piece, their interaction develops: they shift from being bodies, to being atoms, to being people. What they share is a fundamental uncertainty within their bodies. This uncertainty and lack of stability generates rattling variables and shaking tension at exactly those places inside all of us that are so apprehensively empty – bereft of stable meaning. The piece reaches for the voice, both produced by and constantly escaping the body. Body and voice: these two things anchor each of us on the planet.

Analog Voids confronts the unsettling grounds of human existence. While we shiver on the edge with one’s heart in one’s mouth.