Shot at locations in Japan, April 2018

The character TASO (performed by Asaf Aharonson) moves between modes of transness, starting from the act of drag as a tool for transgressing genders in public spaces. In the first part of the research, TASO travelled for 10 days, embracing tactics of “guerrilla dragging” in public urban, touristic and rural spaces of Japan (Tokyo, Kamakura, Kyoto, Hiroshima, Naoshima; in male-only-hotels as well as changing into drag in the Shinkansen train), the encounters documented by Marc Philipp Gabriel in the format of a photo journal, a catalogue of experiences. In the second part, TASO and Marc encountered the rural SEIUNKAN AIR residency in Komoro, Nagano-ken, settling the drag experiment in a concluding performance in different spaces around the village.

The project became a reality performance of otherness in everyday life. Out of days of simply doing ordinary things in drag, eating, walking, sightseeing, abrupt moments of performativity arose through spontaneous camera shoots, activating the space and the public into fragments of a show.

At the residency in Komoro, Asaf performed different nuances of  TASO in the every day business of a guest house, without revealing his ordinary identity until the last day.

Over the course of the 16 days, several individuals were inspired to join the drag experience in their own way, quickly developing different kinds of intimacy with the character TASO. The material is still very fresh and will be curated and edited into a photo exhibition and book later this year. 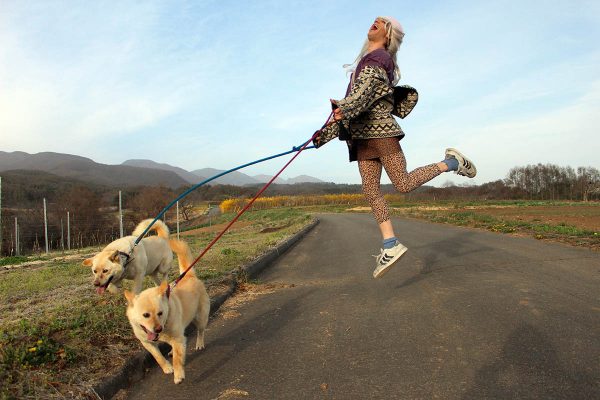