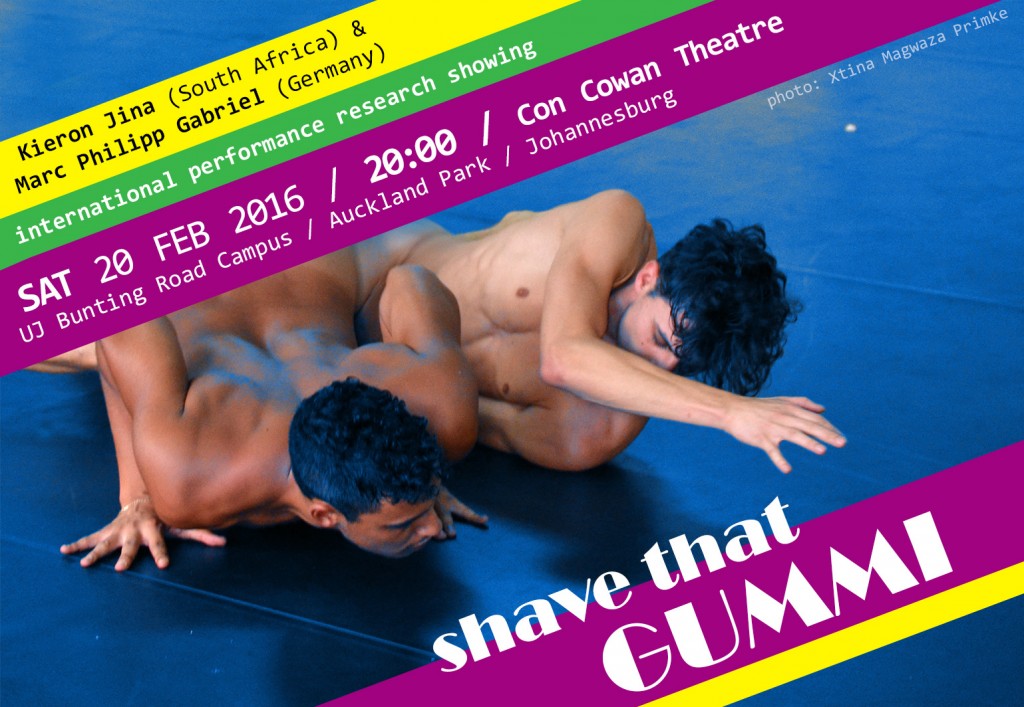 Video documentation of the first showing and after talk, recorded at Con Cowan theatre, Johannesburg, 20 FEB 2016:

SHAVE THAT GUMMI is an international choreographic research that unleashes between innumerable poles of difference.

How can we breathe under all the highly charged misconceptions that have been cast onto us in past and present times? Coming from two different continents, we are still chewing on the same piece of gum. F*ck. Being labelled before birth, we strive to move away from preconceived identities, longing for situations that are re-negotiated in every moment. Two bodies flying through their extremities, slurping, spitting, slicing, deflecting and avoiding one another – breathing in as two and exhaling as one.

SHAVE THAT GUMMI is a dance performance duet moving between ornamenting and defacing the human body as an object. A precarious duet of counter-colonialization. A dual player game, a pas-de-deux, a dog fight, a futuristic binary. Two opposites migrating into each other’s territories. SHAVE THAT GUMMI is pulling the audience into a game of projections, stripping multiple layers of conformity off the performing body.

SPECIAL THANKS to University of Johannesburg Arts and Culture Centre, Joni Barnard and Xtina Magwaza Iqhwa