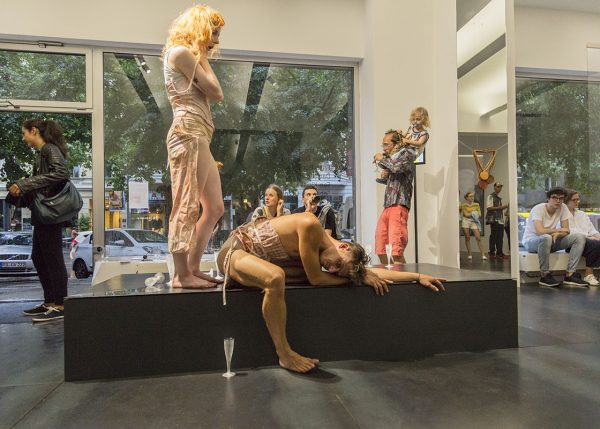 Grażyna Roguski has developed a loosely woven tableau vivant of gestures and actions, which lies somewhere between a fashion show and a moving sculpture and makes reference to Carolee Schneemann’s 1964 performance ›Meat Joy‹. FLEISCHLICHE FREUDEN deals with the situation captured in long-since canonised images of the Fluxus movement in the ‘60s and ‘70s, one loaded with societal connotations and to a degree fetishized or ritualised. It asks what these gestures mean in a contemporary context – in the context of our shared consumption of sexuality, art and fashion.

In this performance, developed for the space P100 by Trippen and the exhibition ‘Walk the Talk’, Grażyna Roguski engages with the power dynamics between sexes and identities in an economy of the immaterial and transient, between standardisation and endless variability. The stiffened forms of the textiles link organic with artificial and create, like second skins, autonomous shells of the performers’ human bodies.
The performance FLEISCHLICHE FREUDEN / trapped by convention, tempted by passion by Grażyna Roguski is a cooperation between Herrmann Germann Conspirators and P100 by Trippen. Curated by Natalie Keppler.

Natalie Keppler is a curator and researcher; she lives and works in Berlin. As a independent curator she works for the Hamburger Bahnhof – Museum für Gegenwart – Berlin and the Berliner Festspiele at the Martin-Gropius-Bau. In her curatorial practice she engages in particular with artistic strategies of repetition and memory in visual and performance art, as well as their presentation. 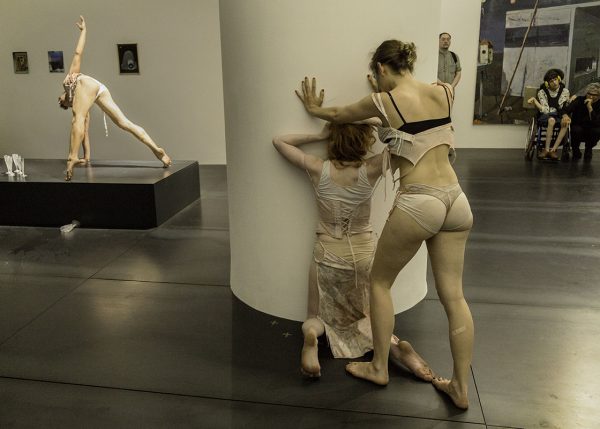 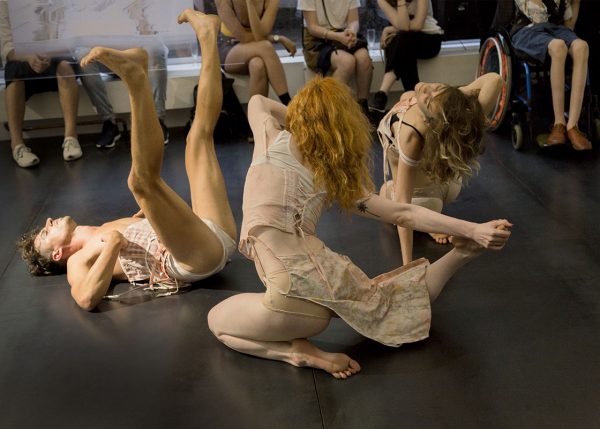 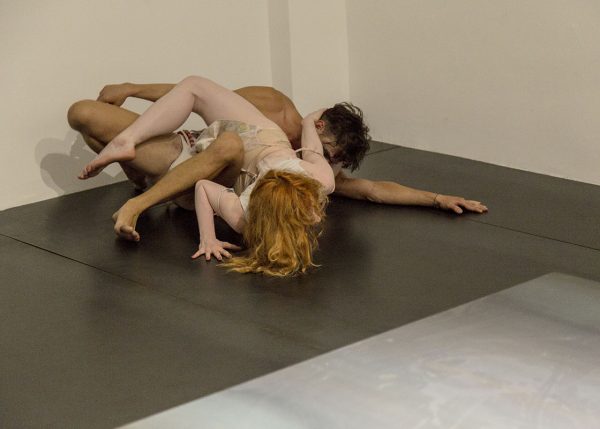 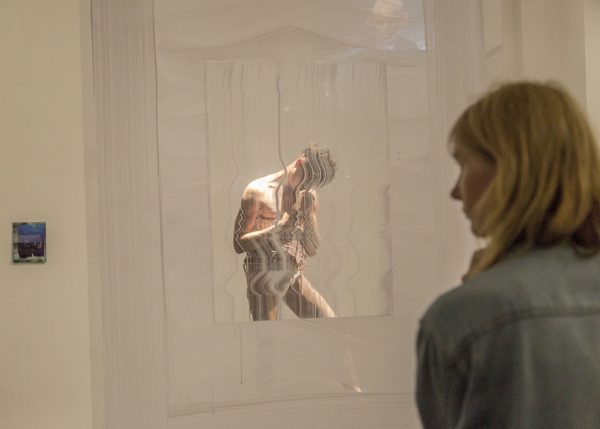