Shot at locations in Japan, April 2019

“Drag in Japan – AJIMA” is a performative photo project that extends the notion of drag from gender performance on stage to identity performance in public. It is the second series of photos after  “Drag in Japan – TASO” that pictures a fictive character based on the performers own identity.

“Drag in Japan” uses Japanese urban architecture, parks, cultural sites, people, flora and fauna as a backdrop. The project unfolds as a journey of spontaneous photo shootsactivating public space and people into moments of a show. The character AJIMA is copy-pasted into Japanese public contexts. She enters cityscapes and landscapes, claiming reality into fiction into reality into fiction. Surfing the paradoxes of Japanese contemporary culture, situations continue to emerge from editing, blending and overwriting past, present, future, space and perception. The question of culture, appropriation and ethnicity is queered along with body shape and gender. While a human figure appears in front of a background, she might not be the protagonist, but a pivot point around which the context unfolds its own agency. Urban and rural Japan is rendered into ephemeral stage scenography. 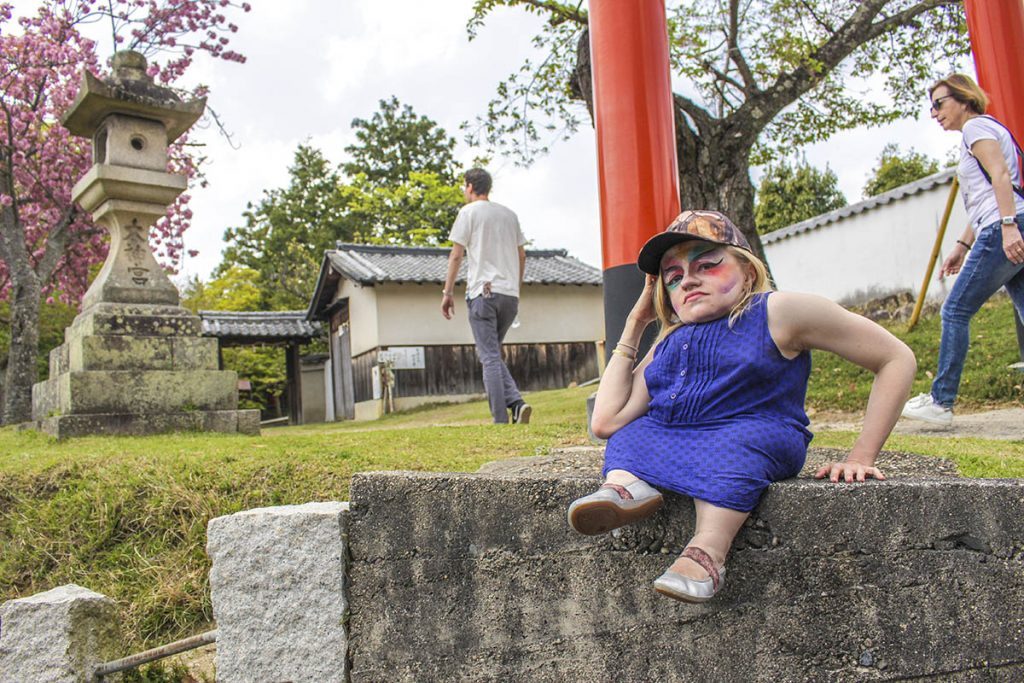